Sometime around 1991, Gabriel Abney and me (David Collings) were encouraged by both the misguided advice of 'friends' as well as personal hubris to form a band. During a period when grunge was breaking, we began to compose and record what could be described as 'industrial music', 'dark electro', or more amusingly, 'electronic body music' (look it up, I'm not kidding). 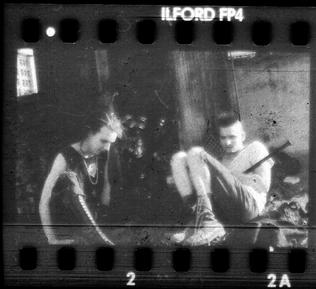 The equipment was cheap and crude. The recording techniques were amateurish. The goals were hazy. By 1994, the collected 4-track demo recordings were compiled and released as a self-titled CD, just in time for The Fourth Man to implode and part company. Shitty live shows, infighting, and various personal issues essentially left the project 'up on blocks in the front yard', as I used to say.

In 2009 (most likely while drunk), Gabriel suggested that we re-boot the old material. I (also likely drunk) agreed. Given our rate of productivity, we estimate that the re-mastered Fourth Man CD will drop in time for the 30th anniversary in 2024.

In the mean time, we have found that bouncing ideas back and forth has resulted in new material, some of it true to the original T4M sound, some not. I don’t even know what 'industrial music' means any more, but I probably never knew in the first place.

Keep an eye out for new songs, old songs resurfacing, covers, snippets, podcasts, and the other typical crap you find on websites. We’ll probably never do live shows again, but if male menopause hits hard enough, we’ll give tour dates.